All Federal politicians take note: When the next foreign dignitary visits and is given a Koala to cuddle, you can tell them that our nation’s capital’s koalas are extinct. Landclearing first started in the 1820s, and any remaining good-quality bush was cleared and replaced by pine plantations. I would like to know how many Koalas were shot for fur in the 1920s in this region. I suspect the populations have never recovered from that slaughter.

Tidbinbilla Nature Reserve used to have a captive population of Koalas, only one survived the terrible ACT bushfires in 2003. And then some Cape Otway Koalas (where they were recently culled) were translocated to the Reserve in 2013. Was this the Victorian Government’s way of saying “thanks for not listing the Koala under the EPBC Act in Victoria”?

Apparently the odd Koala visits the ACT in the wild, they probably come from a small population near Queanbeyan. This is a long way from population recovery though! 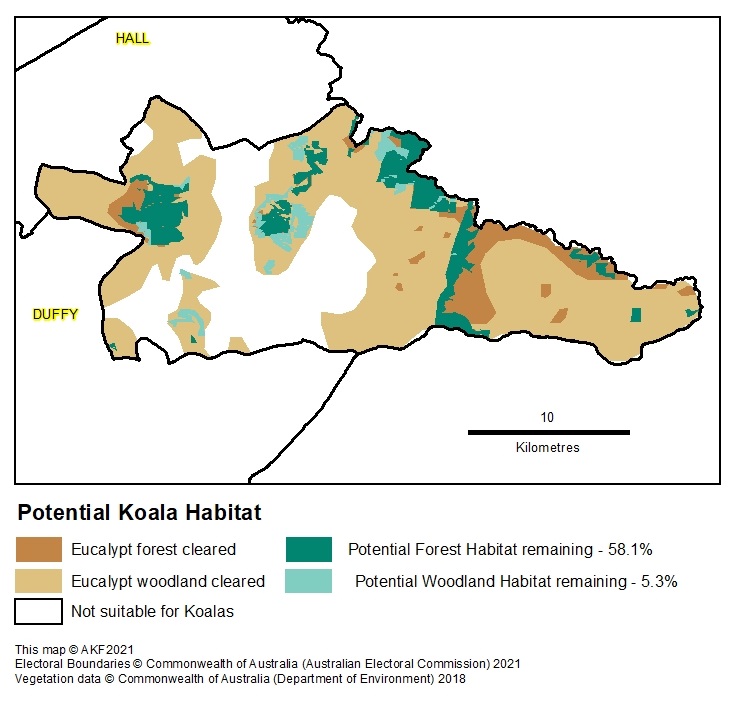