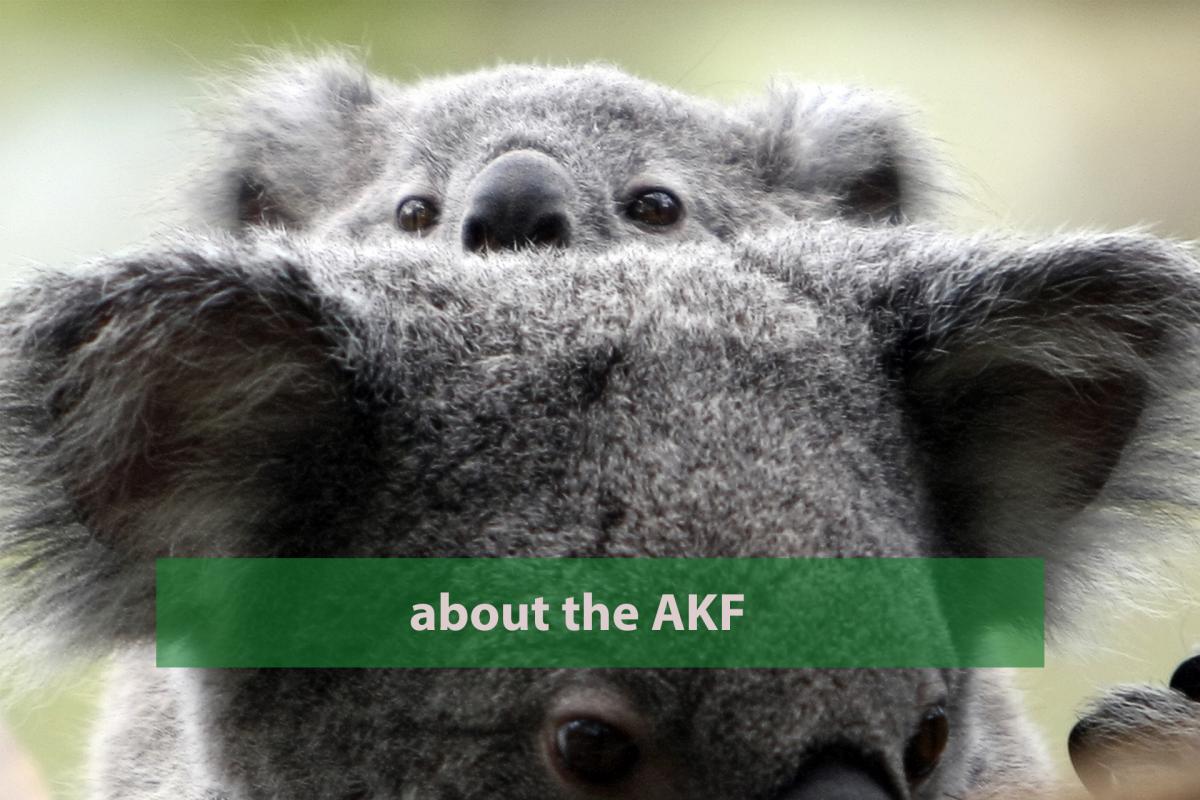 The Australian Koala Foundation (AKF) is the principal non-profit, non-government organisation dedicated to the conservation and effective management of the wild koala and its habitat.

The AKF was formed in 1986. Since our founding, and under the direction of AKF Chair Deborah Tabart OAM, the AKF has grown from a small group of people interested in researching koala disease, to a well-known, global organisation with a strong track record in strategic koala research, conservation and community education with a huge focus on mapping – our absolute strength. Koala Map is accessible for members of the public to post Koala sightings.

The AKF is completely self- funded and does not take one dollar from any level of Government. This gives the AKF an incredibly free voice for the Koala and for the protection of its habitat.

Long-term partnerships are crucial to the AKF’s success. For example, Koala Beach Estate, a residential estate situated on the New South Wales coast, is the result of a 20-year partnership with the Ray Group (a property developer). As well as Koala-friendly measures, the Koala Beach incorporates 260 hectares of habitat protected in perpetuity. In 2012, the Koala was listed as ‘vulnerable to extinction‘, under Australian Law – the EPBC Act. This was the result of endless lobbying by the AKF and its team. A Senate Inquiry led the way and Deborah Tabart OAM sat through each Senate hearing, overviewed approximately 100 submissions and the resultant report was a damning indictment on Australia’s inability to protect its precious icon, the Koala. In February 2022, the Koala was listed as ‘Endangered’ in QLD, NSW and the ACT under Federal law.

The AKF now wants a Koala Protection Act, similar to a Bald Eagle Act (enacted in 1942), and is working towards this being implemented into Australia law. The Koala Army will be the supporters who encourage all levels of Government to support the Koala Protection Act.