There are lots of records in this electorate, but since 2015 the reporting rate has dropped 30%. There are a few Koalas at Mount Gravatt, however the Pacific Motorway runs right through their habitat. There are still a few left in Capalaba and Wynnum West. This electorate is in the Brisbane City Council area, they are not known for encouraging Koala-friendly development: if you want to knock down Koala food trees, (even where there are Koalas) you just plant some more somewhere else, and it doesn’t matter if there are no Koalas there! And, because most developments are less than two hectares, they don’t need a Referral under the EPBC Act.

This koala population is on the way to extinction. 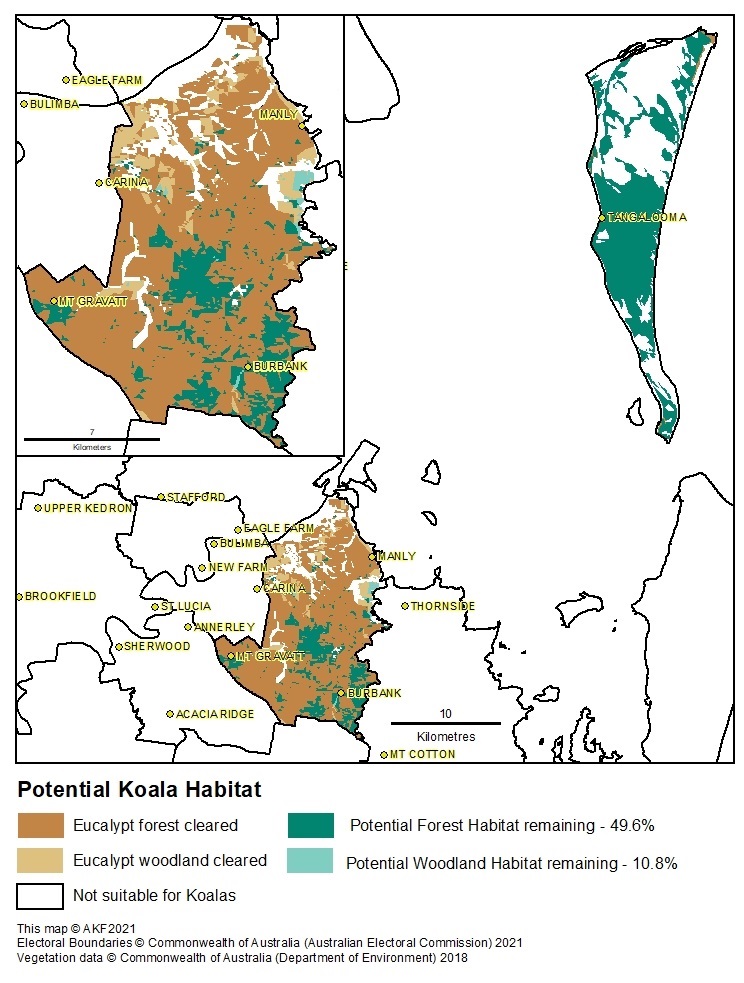