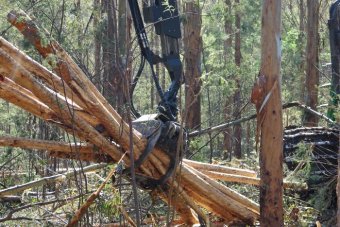 You might remember the controversy that erupted in July 2013, when the ABC’s 7:30 Report revealed that thousands of Koalas were being killed and injured during logging operations in Victoria (see the story here).  As a result of the ABC’s investigation, a forestry company was stripped of its Forestry Stewardship Council (FSC) accreditation in October 2013, pending a review.

The details of that review are pretty astonishing.

The company involved did not report Koala deaths during harvesting operations to auditors – but this was merely viewed as a ‘minor’ infraction. The FSC was far more worried about the lack of consultation with stakeholders. Basically, unless the company fesses up or gets caught with their pants down, the audit process seems to be blind to what’s going on. And that seems to be alright with everyone!

So if you’re doing something wrong, don’t tell anyone. That is unless the journalists find out and embarrass everyone. Otherwise everything will be ok.

You would think that The Australian Koala Foundation (AKF) would be considered as a stakeholder in Koala issues.

So what did this consultation entail?

Were they interested in a study the AKF conducted in 2006 into the use of blue gum plantations by Koalas, and the recommendations that came out of that study?

They most certainly were not.

Seemingly, all they had to do to ‘consult’ with the AKF was place a phone call, and send us a copy of their new Koala Protection and Management Plan.

They weren’t interested in comments on this plan either.

By April 2014, with this glossy new Koala Protection and Management Plan, the FSC reinstated certification.  And now, less than 12 months later, we can see the results.  Koalas are still being injured and potentially killed by forestry operations (see the report and video from Friends of the Earth here, and the industry response here).

The expected excuses are already flowing out – ‘it was simple human error’.

Isn’t that exactly what this new plan was supposed to address? At the time the Plan was provided to AKF, we noted-to-self about the new guidelines:

‘These basically look like something to excuse management of blame. They set up the policy, [and] any further breaches will be because the workers didn’t act in accordance with it.’

And sure enough, that appears to be exactly what has happened.

We really need to question the propriety of FSC accreditation.

We also need to really look into the role of the auditor in this; why was FSC accreditation reinstated so quickly?

More importantly, however… Why has the science, in particular the AKF’s blue gum report, been ignored?

And as a final aside, how is it possible that trees of the size seen being harvested in the video could be considered economically viable for harvesting? The Australian forestry industry must be in a very dire position indeed.

Listen to Mr. Quentin Beresford from Edith Cowan University on the demise of the forestry industry. Nearly 2 billion in losses.

Our CEO Deborah Tabart was on ABC 612 Brisbane last night, playing pool with David Curnow. Listen to her candid interview below: https://soundcloud.com/612abcbrisbane/not-politicians-playing-pool-d...

Q: WHEN IS AN OFFSET NOT AN OFFSET?   A: When the rules change and the offset area gets developed. Like me, I bet you thought that offset areas are permanent. The NSW Biodiversity Offset...