Last week I was in Western New South Wales and as I drove west, I kept on coming across bridges with the words “Overflow”. It reminded me of the famous poem by Banjo Paterson in 1889.

When Australian rivers flood, the river system can overflow and the early settlers of Australia (remember we have only been here for 231 years since Australia was settled by the British) knew that you had to keep any buildings off the floodplain because when the rains came it would all wash away.

In Northern Australia just recently we had 1.5 metres of rain in a week (that is about 100 inches) and well, everything on the floodplains and beyond washed away. Thousands of cattle and wildlife have died and the cost is already around $1.5 billion dollars. In Tasmania we had fires and in New South Wales we had fires and drought. It is a good time to remember that the original Australians – the Aboriginal people – have been here for at least 50,000 years. Almost impossible to imagine particularly when we know that Stonehenge in England is only 5,000 years. This ancient land has seen much over that time. 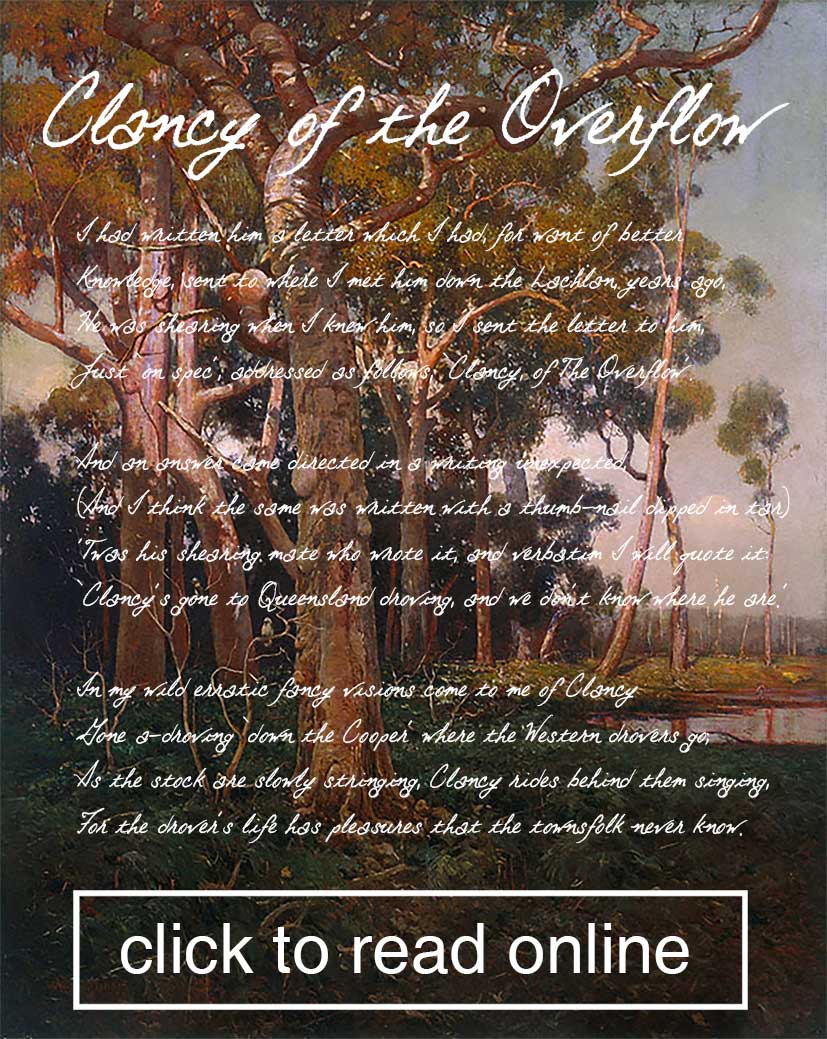 The poem is talking about drovers (men and now women who move cattle around the bush) and shearers – who shear the sheep. It is a romantic poem that I was taught as a child and I really wanted to read it again. I think I was lucky because my parents not only taught me about white settlers, but they taught me about the Aboriginal people (and what dreadful things we had done to them, particularly in Tasmania where I was born). I am so glad that my parents were so enlightened. They also saw the last Tasmanian Tiger in Hobart Zoo in 1936 and I am confident my love and concern for the environment came from their thoughts and wisdom.

What struck me when I read this poem again after my trip is that it is written by someone who lives in a city and he talks of it being dusty and dry and the bush lush and green. He reminisces of how marvellous it is for Clancy of The Overflow (which is the name of a cattle station/ranch) and wishes he could return to the bush.

Now, the irony is that I could re-write this poem and say that our cities are green and lush (even in a drought) and that the bush is dry and dusty because we are not respecting water nearly well enough.

I have decided to start telling you what I think might be happening in the bush and I hope you will find it interesting. 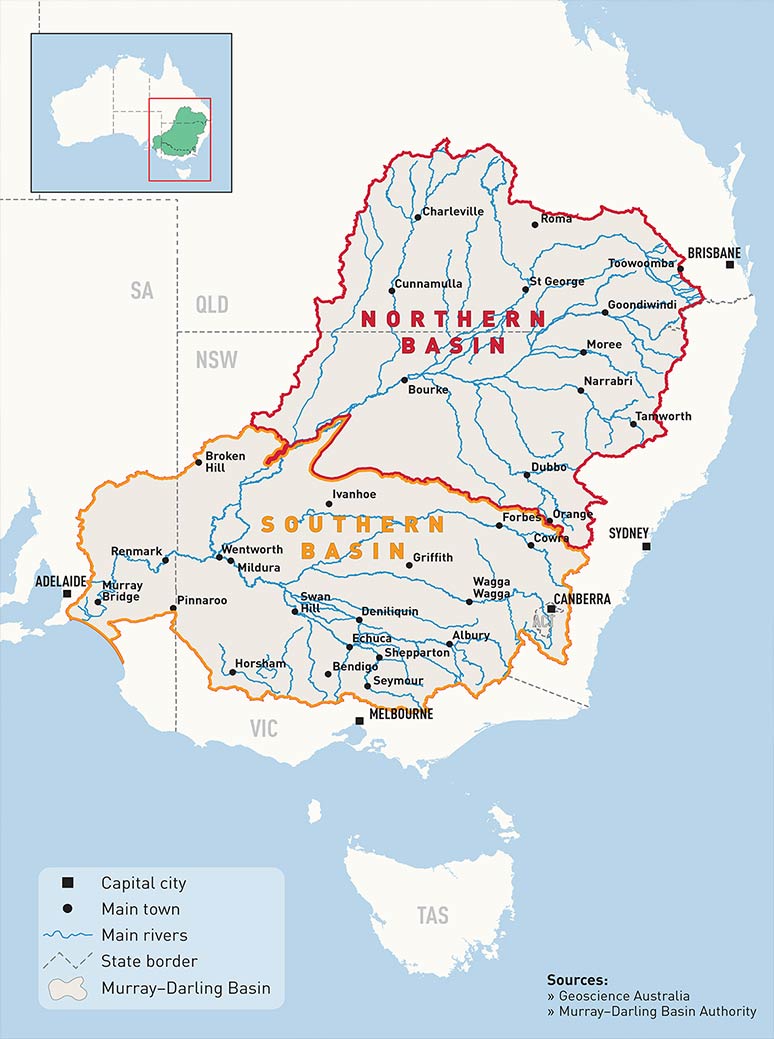 This is a map of the Murray Darling Basin – this is the area where all the fish were killed that I mentioned in my last Diary. It is a huge expanse of Australia and of course all of it is Koala habitat.

Many people think all the water from the big Northern Australia flood will come down south to the cities, and many have no idea where it actually will go. It will flow north and south into different parts of Australia.

Some of it will wind its way down to Lake Eyre which floods from time to time and is one of the great wonders of the world where thousands, probably millions of water birds breed. Some of it will flow north and disperse into the Gulf of Carpentaria, in the remote parts of Australia. It will help replenish fish stocks. It is all a wonder of nature.

When I talk to people in the pub out west, I feel naïve when I ask about this water but “bushies” know what we city folk do not. They say “no luv, that water will come down the Diamantina into Lake Eyre.” Or, “no that will end up in the Cooper Creek.” Not words in poems, but real water that will make towns in the outback survive. It is essential knowledge for those who live in the bush and I think now it is up to us in the city, to really think it through. The Aboriginal people had to know where water was for their nomadic existence. We have no idea do we? 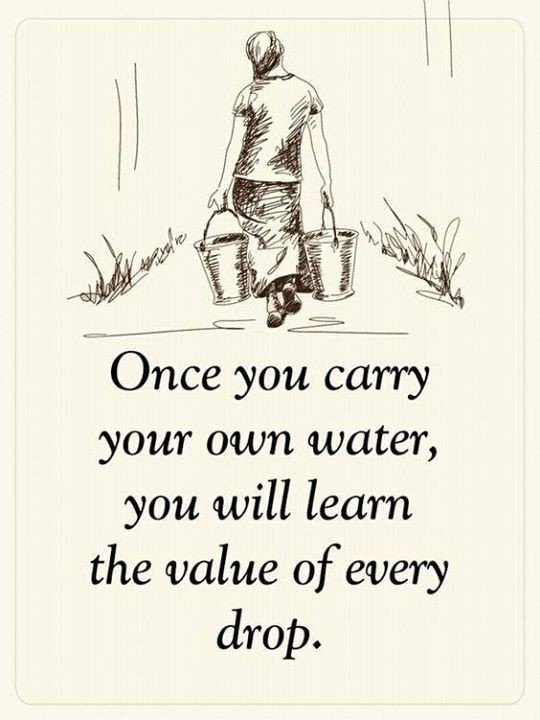 So, my request for the day. Please do not waste water and this applies to us in the city as well. We just never really think where this water came from. Did it come down the Diamantina? Which river allowed us to have clean water in our showers? Which river allowed you to have safe cooking water? When you buy your next lettuce, think where was it grown, and how much water took to grow it. Where did your cotton tee-shirt come from? What river system allowed that to be grown? Until we, the people in the city really understand that every single drop of water on this planet is precious, we are going to see great damage to the environment.

I am confident that many in Australia do not really understand what is happening to our natural systems and my solutions. Everyone needs to turn off the taps and see what happens. No-one is allowed to waste a drop. All of this water or lack of is essential for the Koala and the trees they need to survive.

Hello Koala lovers, Thank you so much for the feedback on my last Diary about water. It shows that you are all on the page about the importance of water to us as humans, and the environment. I ...

Happy New Year Koala Lovers, I have had a lovely break and I have been back at work for a couple of weeks. I had a great rest and time for reflection and I am truly looking forward to 2019 and to w...