Results from the AKF’s Koala Habitat Atlas deliver a grim picture of the status of Koala populations in all regions studied so far. Available habitat was found to be fragmented and degraded, and in many areas of suitable habitats, no evidence of Koalas has been found. The AKF believes that the national wild Koala population could be less than 80,000, a far cry from the millions which were shot in the early part of the last century for their fur.

Many scientists in Australia do not support our view of the numbers of Koalas in Australia, and we would be happy to be wrong. 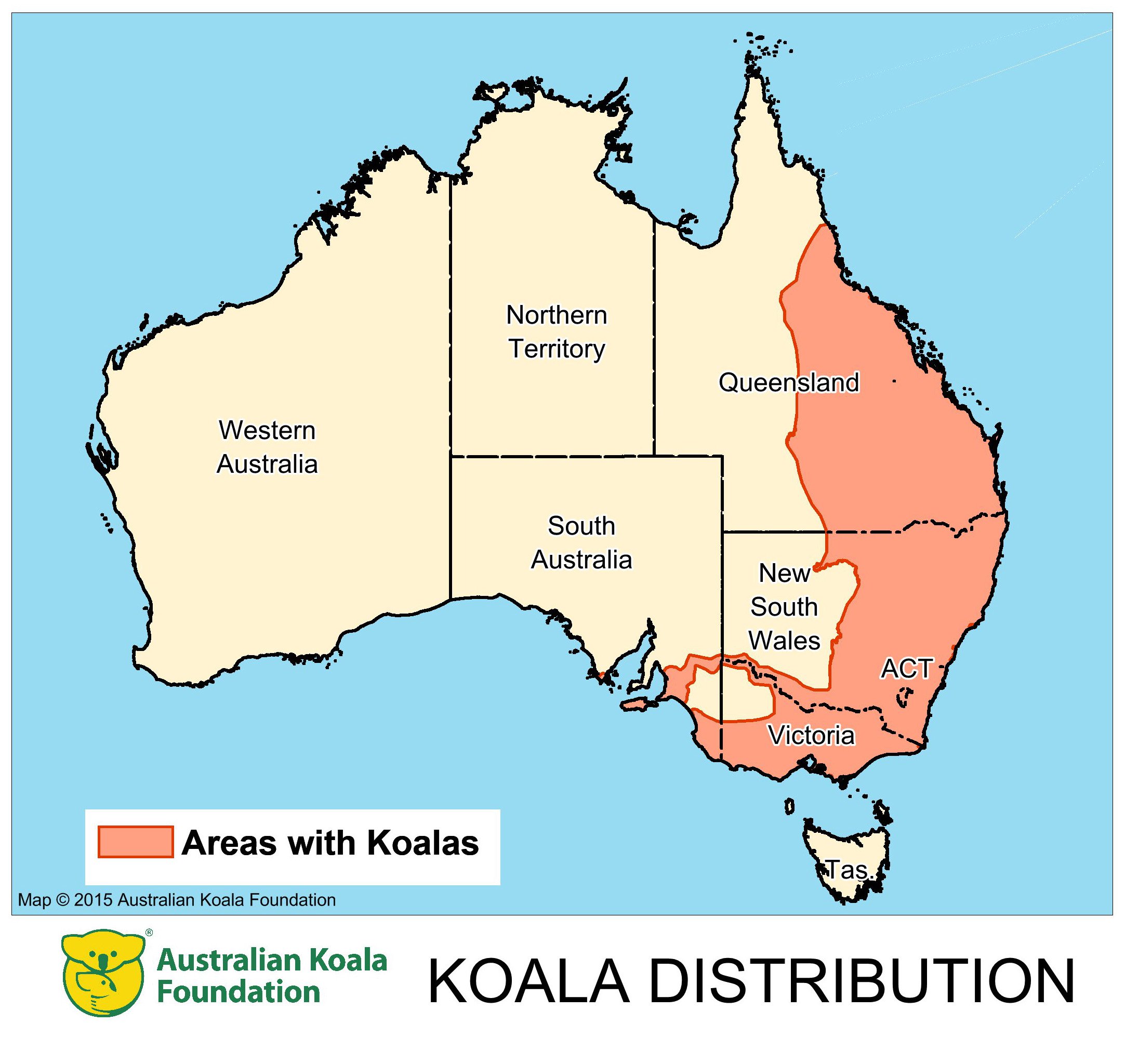 At the present rate of habitat destruction, it is obvious that time is running out for Koalas. Action is needed now to halt this alarming decline in Koala numbers.

Koalas today are found in Queensland, New South Wales, Victoria and South Australia (see map above). Their range extends from the Atherton Tableland west of Cairns in Queensland to islands off the coast of Victoria and South Australia in the south, and west to central and western Queensland, New South Wales and Victoria. Populations are fragmented throughout this range and many populations are seriously at risk.

The AKF is often criticised for the numbers allocated to Victoria and South Australia. Our critics suggest that there are hundreds of thousands of Koalas in Victoria. The AKF does not agree. Although we acknowledge that there may be some isolated habitats or islands that have large numbers (sometimes in the 1,000s), we believe these populations cannot be considered to have long term viability because of their inbred status. Some studies suggest that these animals are already showing symptoms of inbreeding. The population figures we suggest reflect our view that these numbers are for genetically healthy Koalas capable of long term sustainability.

Along the eastern coast, Koalas are most abundant on the central and north coast of New South Wales and the south east corner of Queensland. These areas have rapidly expanding urban centres which threaten habitat occupied by Koalas. Local extinctions are occurring, and unless the habitat needs of Koalas are considered now, extinctions will continue to escalate.