AKF knows very little what has gone before in this electorate except that development started with a sheep station in 1837.  With a large proportion of Preferred Habitat there would have been koalas here at white settlement, but now they’re long gone. Early aerial photos show grazing land surrounding Essendon Airport so we know this habitat was cleared by the 1920s. It’s not known when the last sighting was made.

“Koalas in New South Wales and Queensland are under threat from vegetation loss, vehicle strike and predation by dogs as a result of urban expansion, particularly in coastal regions. A lot of habitat has already been lost and fragmented, making koala populations more susceptible to the effects of drought, climate change and disease…..I have noted the contents of your letter, and will keep it in mind for future discussions and consideration of this issue.” 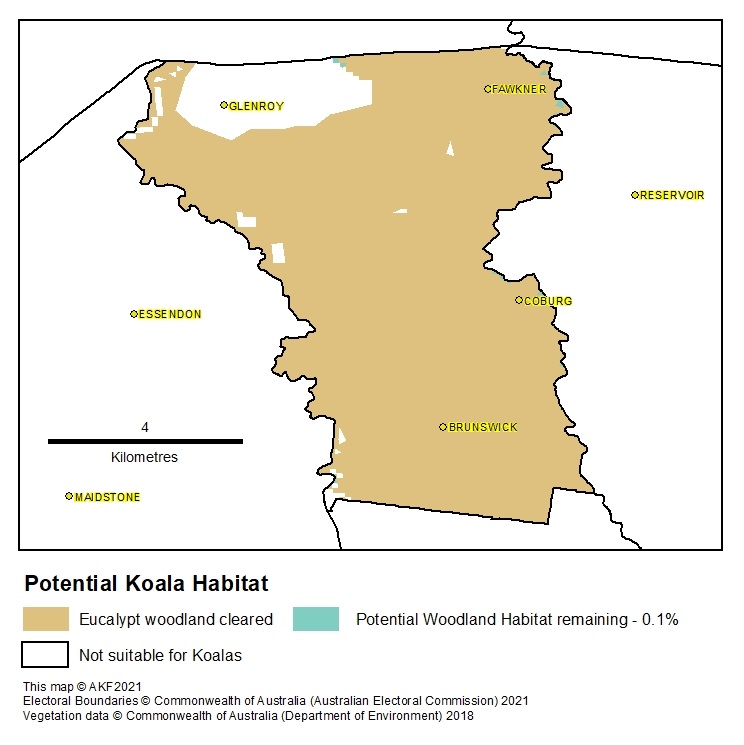