This electorate stretching from Noosa to Maryborough was the scene of many Koala deaths in the days of the fur trade, the Maryborough Chronicle (14th November 1900) noted that “thousands of koalas have been killed in the Wide Bay and Burnett District in a one month period”. This coincided with a period of land clearing for dairy farming. We don’t think Koalas ever recovered from this slaughter and then a second wave of development starting in the 1970s removed 35% of the remaining habitat and increased fragmentation so that Koalas, while looking for food trees, had to also deal with dogs and cars. You could always take people to Noosa National Park to see at least half a dozen Koalas, but now it’s very rare to see one. The Park Koalas isolated from other Koalas by busy roads so we think they’ll be entirely gone in a couple of years.

Koalas are at Tewantin National Park and are sometimes seen in surrounding backyards, and were at Perigian to the south of Noosa but many of these would have been killed in the 2019/2020 summer fire. Scattered Koalas occur westwards to Eumundi and Moy Pocket and north to Ross Creek on the Tin Can Bay Road. The only other concentration of Koalas in this electorate is at Tinana, a suburb of Maryborough being developed at a rapid pace. This may explain the extremely high incidence of dog attacks; vehicle strikes and disease in Tinana, these reports far outnumber sightings of healthy Koalas, there has been only one record since 2015, so these Koalas are gone. It seems the White Shoe Brigade has moved from the Gold Coast to Tinana.

I am pretty confident that the lower number is accurate here, and there is a lot of bush left which gives some opportunity for recovery but it is not the best-quality habitat and is highly fragmented. The only thing missing is political will because this is a future growth region for housing and unless the community insists on ‘Koala Beach’ type developments, these animals won’t survive. 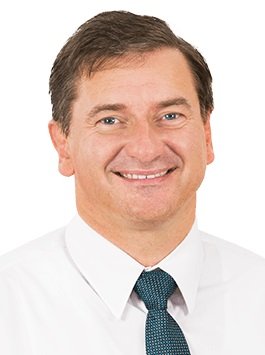 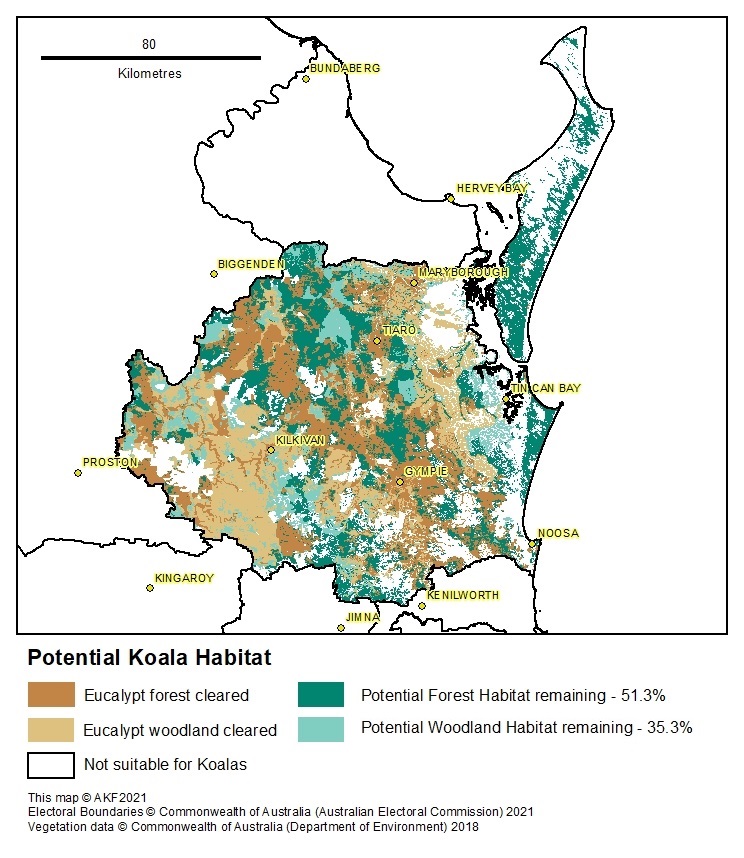