This electorate already had little bush left when development took off in the early 1900s and any remaining land was covered by housing after WW2. We are not sure if there were ever any Koalas here but we see no reason why not, it was originally covered by the Cumberland Woodland with several Koala food tree species.

Although Tony Burke did eventually list the Koala when he was Minister for the Environment, he did so only after enormous public pressure and a damning Senate Inquiry Report. While Mr Burke delayed, as did his predecessor Minister Garrett, massive infrastructure projects were given ‘Controlled Action’ status in koala habitat, allowing them to ignore the listing. 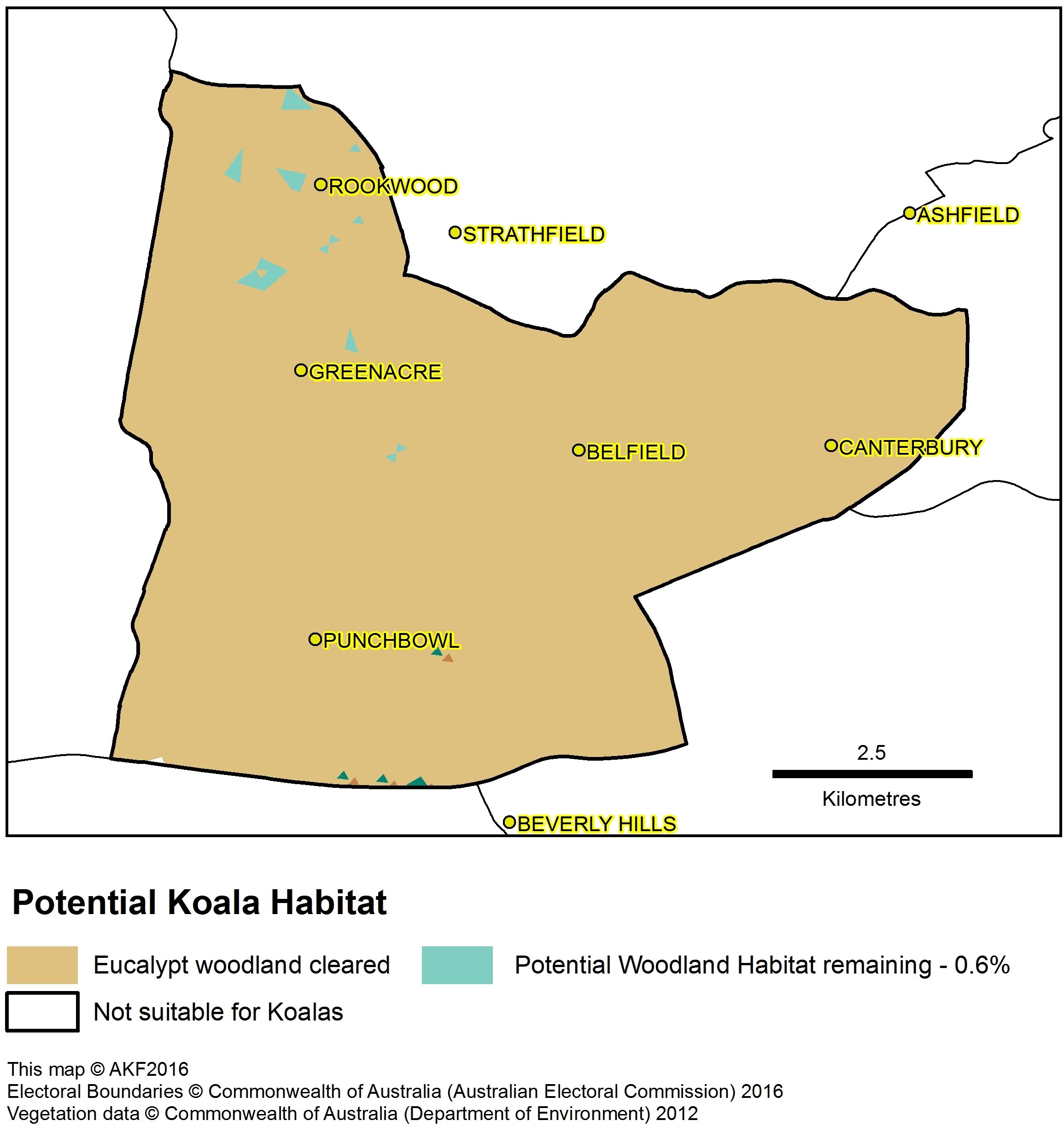