The western part of this electorate is too dry and hot for Koalas, there were some on the Culgoa River near the Queensland border but there have been only 3 reports in the last 20 years. There were Koalas around Walgett but these seem to have disappeared as well, and also from along the Darling River. The Pilliga Forests – the largest forest in inland NSW – once had thousands, but drought and fire have reduced the population to no more than than 50 in the latest scientific estimates. There are continued threats of land clearing from the gas industry but the good news is we have heard of a small population that appears to be doing well near a series of springs at the eastern end of the Pilliga. There are a few Koalas left between Moree and Croppa Creek and we know land clearing has had an effect on this population. Koalas in the Warrumbungles were potentially wiped out in the 2013 wildfire.

There are Koalas in the Maules Creek area where coalmines are operating and we are starting to think that water from underground may well be drying out landscapes making it more prone to fire. Luckily in 2022 there has been good rain, and landscapes, whilst not recovered, are looking better. River systems, most of which are not fenced from cattle and sheep, do look like they are suffering with very little opportunity for regeneration and re-growth. It is very sad to see the old river red gums dying on some of these river systems. Climate change is probably the biggest threat to Koalas in this electorate, and in recent times, the New South Wales Government had a workshop to look at the long-term viability of Koalas in this region. It is good that Government is starting to take it seriously, these “little bits” here and there add up to disastrous declines.

When we think about this electorate, we are talking about “Gunnedah, Koala Capital of the World” but for a long time it became Coal Capital of the World. The approved Shenhua coal mine had good habitat known to have a couple of hundred Koalas which seem to have disappeared, but this is all lost in the debate about the mine’s potential effects on the “food bowl of NSW”. Luckily this mine has decided to not go ahead but we are hearing that other petroleum/gas licences may also impact Koalas in this region.

The Gunnedah population is not doing well and our population estimates may well need to be revised lower. 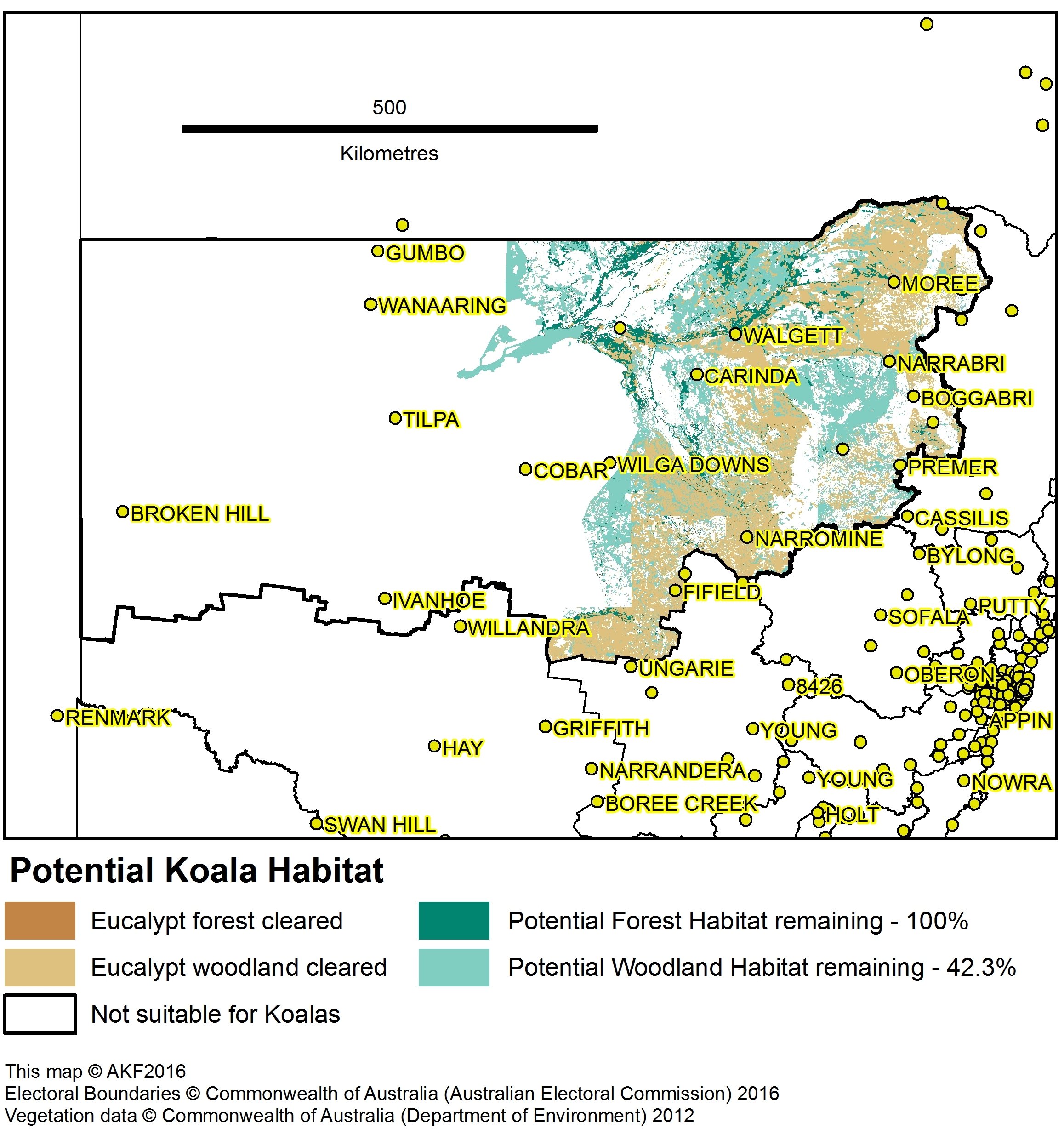