A few years ago, we know there were a few koalas straggling around Ringwood because local carers still had the odd animal coming in for care, however there have been no official sightings since 2010 and they have to be considered now extinct. This is a result of massive housing-led habitat fragmentation which, with adequate Government foresight, could be linked up to the Yarra River again (e.g. Warrandyte State Park where there are a few Koalas), allied with enough dedication by the local community. If not, the koalas here are certainly on their way to extinction. 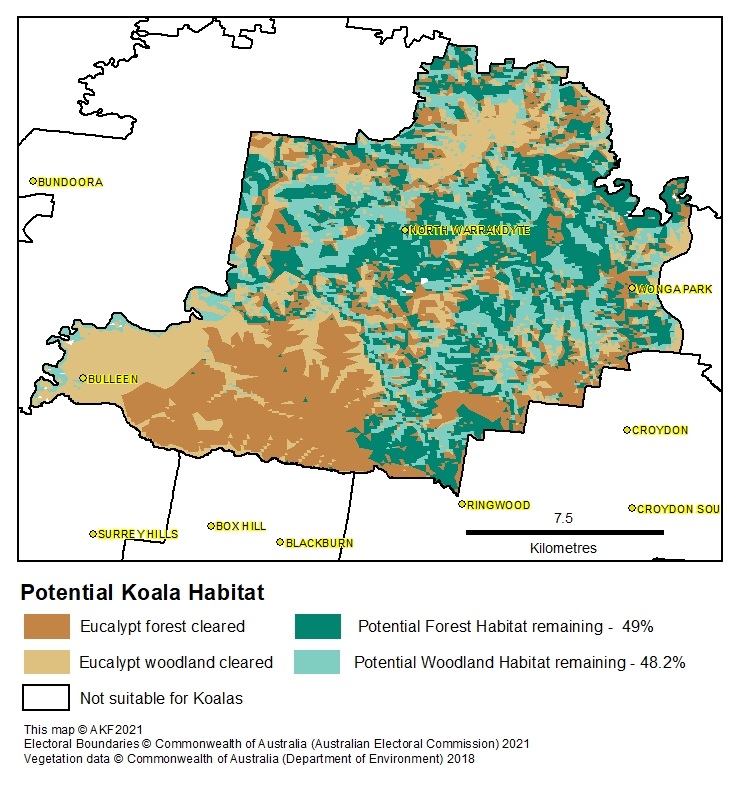