This area was originally sandy and swampy, and wasn’t developed until the early 1900s. There would have been good Koala habitat around the swamp fringes. Who knows how much habitat was originally here or whether there were koalas?  What I do know, is that Minister Garrett when he represented this electorate did not list the Koala and, like many, took the view that individual koalas were not important, and that conservation should only be directed at the species as a whole.

A Koala Protection Act will seek to limit any killing or ‘taking’ of koalas in any landscape. ‘Taking’ is a legal word for ‘to kill’. 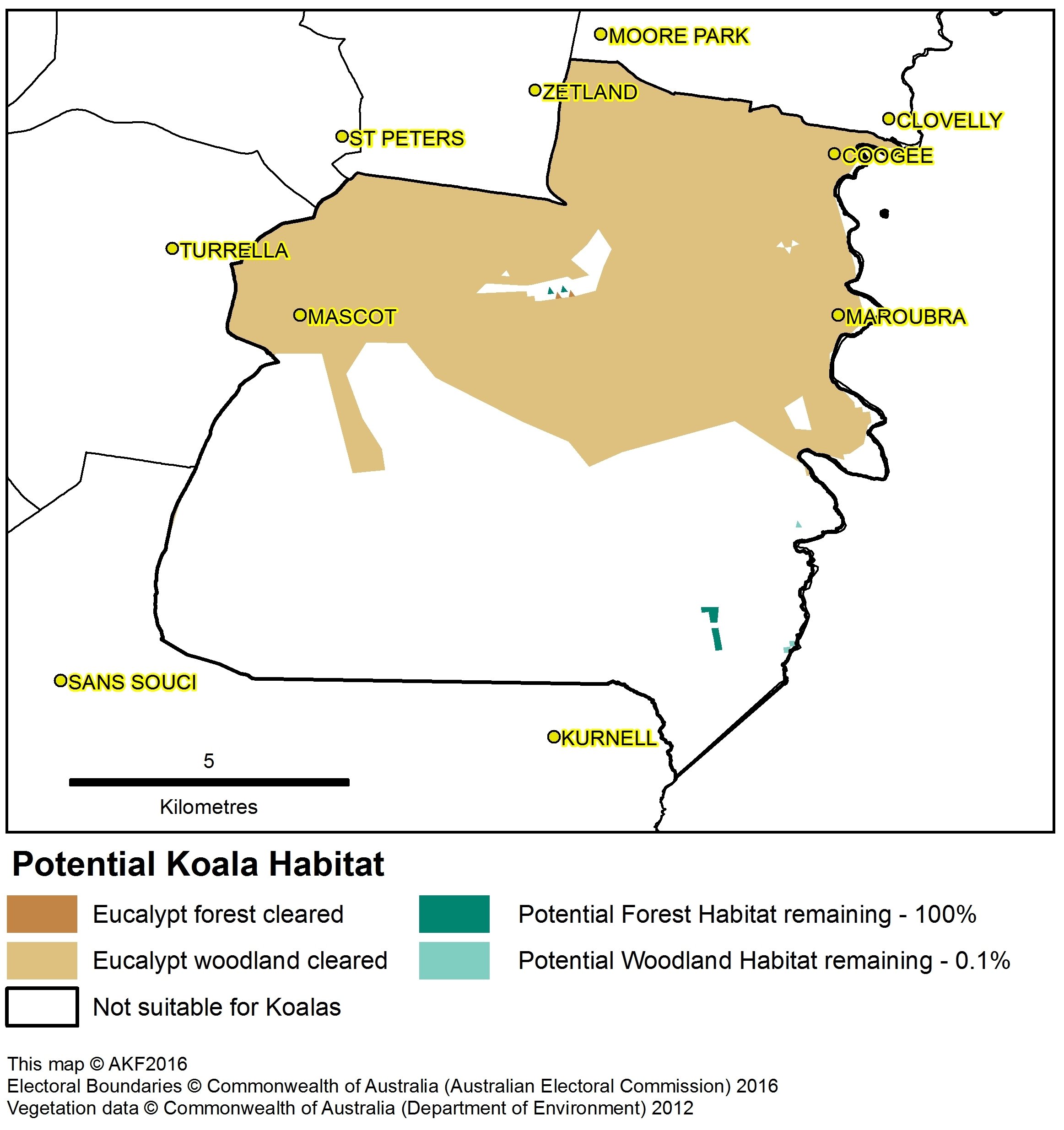