The Federal Government’s distribution map shows no koalas on the Eyre Peninsula around Port Lincoln, but we have checked and they are definitely there. These Koalas came from Kangaroo Island in the mid 1960s: from one island to another, genetically speaking. These Koalas have nowhere to go, and no new Koalas can get there. It’s a wonder they’ve survived so long in what must be already a challenging climate for Koalas (the occasional heatwave), and that won’t get any better. Fire is probably the most immediate threat for these Koalas, one fire could wipe them all out.

There are no other Koala populations in this electorate. 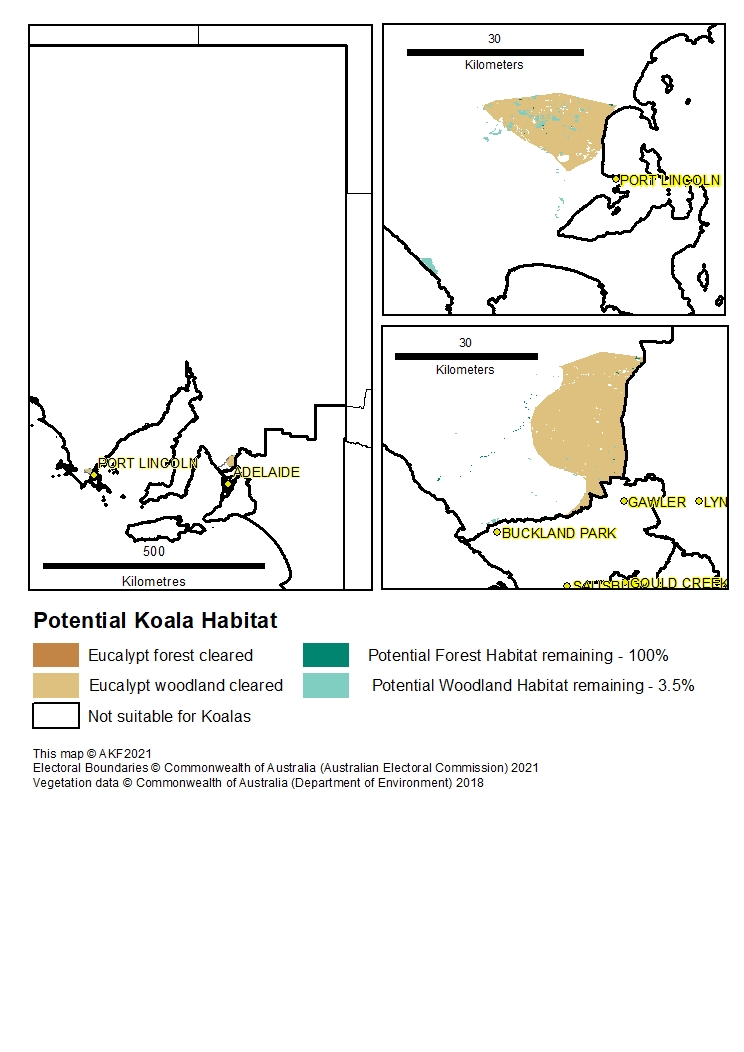