This electorate borders the Murray River, which separates Victoria from New South Wales. The main Koala food tree is the River Red Gum, and there isn’t much of it left. Beginning in the 1850s paddle-steamers began plying their trade, and you can guess what they used for fuel!

There have been 50 Koala records since 2000, all between Echuca and Tocumwal where the last of the mighty Red Gum forests are protected in the Barmah State Park. The Red Gum forests on the NSW side were also subjected to extensive logging while they were State Forests. Those forests were converted to a National Park in 2010 after 160 years of logging and I often say that State Forests will only hand over to a National Park when the resource is almost depleted and no longer valuable to harvest, nor manage. It is also important to know that River Reds need a flood for the seeds to germinate and without repeated floods, their long term future is insecure. With so much water being lost to climate change, irrigators and human use, it is going to be tough for those trees. Koalas were introduced to a Reserve in Narrandera (NSW) in 1972, and the population increased to 70 at one time. They became quite a tourist attraction for a while, but only 18 were spotted in the 2013 annual Koala count. This population is on its way to extinction unless there is a greater understanding of what is going on. Habitat isolation? Drought? Heat waves? Climate change?

I am pretty sure too that large number of Koala skins were removed from this landscape between 1890 and 1927 during the fur trade, hence the need to translocate animals into this electorate. Given the amount of habitat still available and the need to preserve Australia’s most iconic eucalypt – you would think this local member would be hard at work for a recovery of the species.

Minister Ley, this is your electorate. 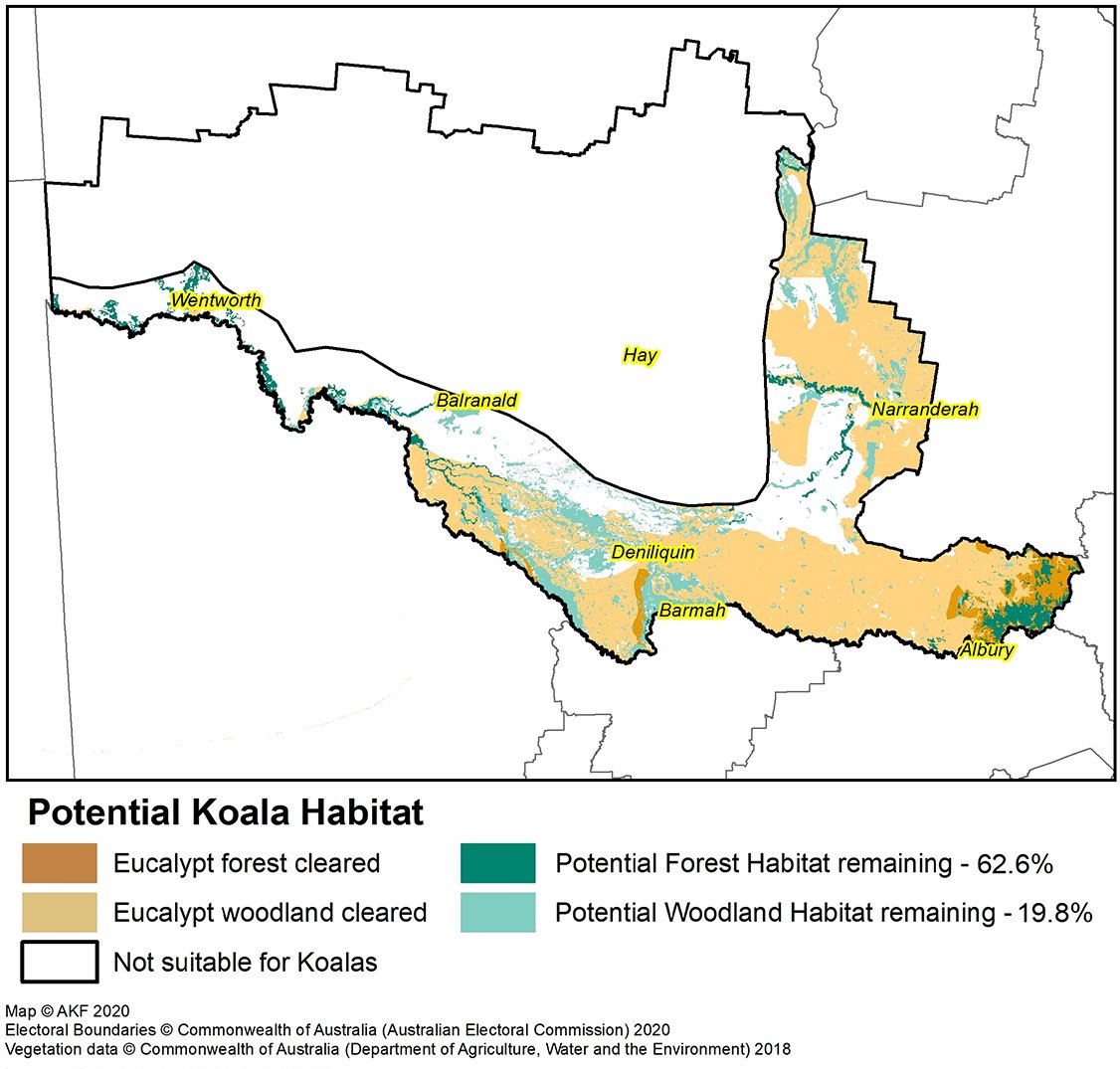