There have been 16 records since 2015,mostly scattered south east of There may be some between Waterfall and Bundeena, none have been recorded in the last 20 years and the Royal National Park was almost entirely burnt in 2002. This is sandstone country with poorer habitat, typical of National Parks everywhere.

“…I have been proud to be part of a Federal Labor Government that has taken action by listing Koalas as a vulnerable species under the Environmental Protection and Biodiversity Conservation Act in order to ensure the protection and recovery of Australia’s Koala populations. Thank you for bringing your concerns to my attention.” 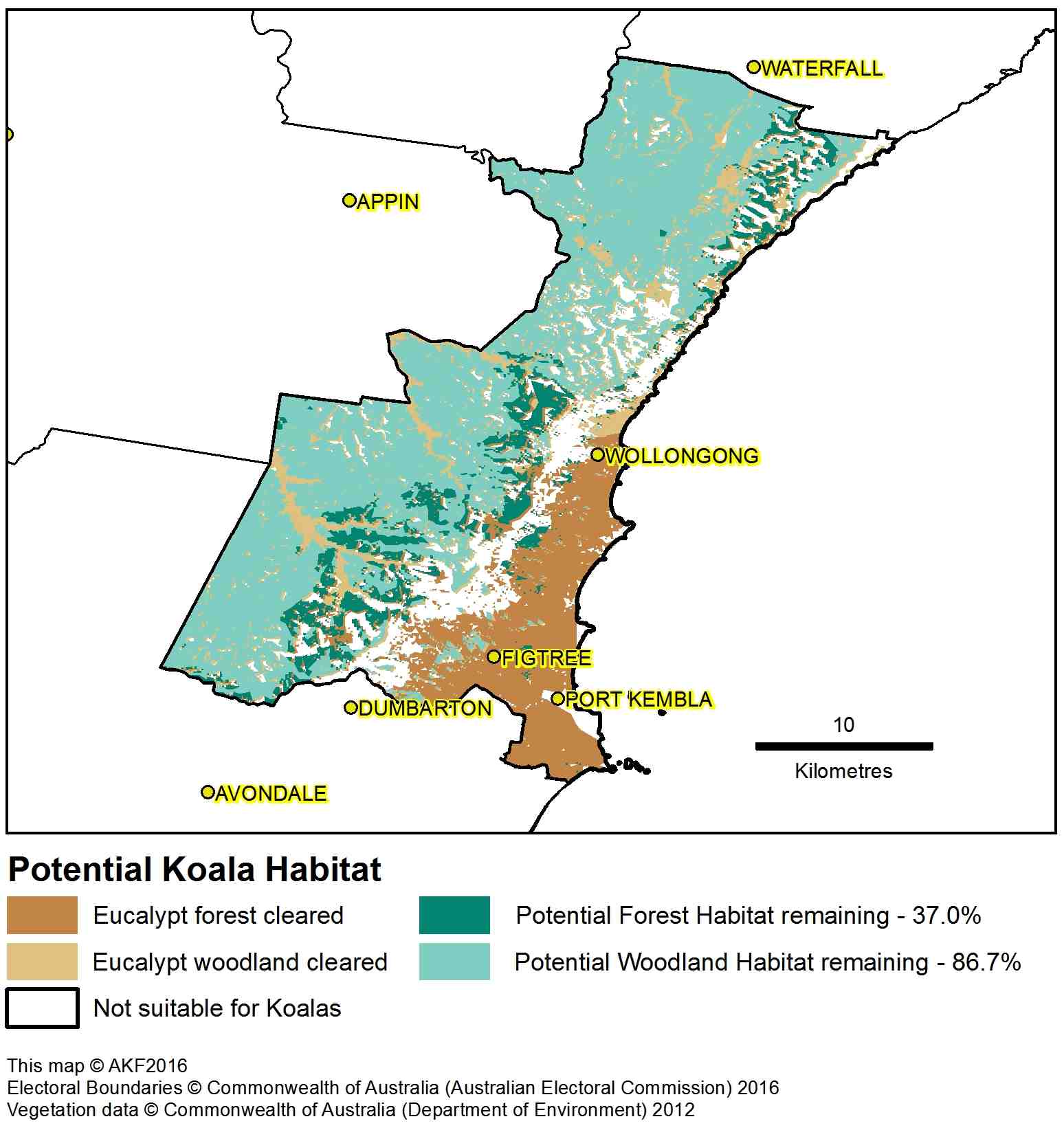 Listed as endangered to extinction under the EPBC Act (Feb 2022)