A few Koalas in the south east of this electorate escaped shooting for the fur trade in the 1920s; probably in the Naracoorte area where there is a record from 1944 well before translocations began from Kangaroo Island to the Mt Lofty Ranges. Today most of these original  Koalas are in the Mount Gambier area where there now are lots of blue gum plantations and presumably, just like the plantations across the border in Victoria, Koalas use these plantations. We don’t hear about any Koala deaths from plantation harvesting in South Australia but they are the same companies with the same management practices (or malpractices as far as Koalas are concerned) as in Victoria, so you can be sure Koalas are killed in South Australian plantations too. These plantations may have sustainable forestry certification, but we know that doesn’t really have any effect unless Koalas are listed as Vulnerable under legislation.

It’s totally ridiculous that the South Australian government thinks there are 10,000 koalas in this electorate, that amount of habitat just isn’t there and it is one of the most fragmented landscapes within the Koala’s entire geographic range. I bet a Koala could go for years and not see a mate.

There are some translocated Kangaroo Island Koalas near Renmark, these Koalas might as well be living on another island but they seem to be hanging on since they were dumped here in the 1960s. 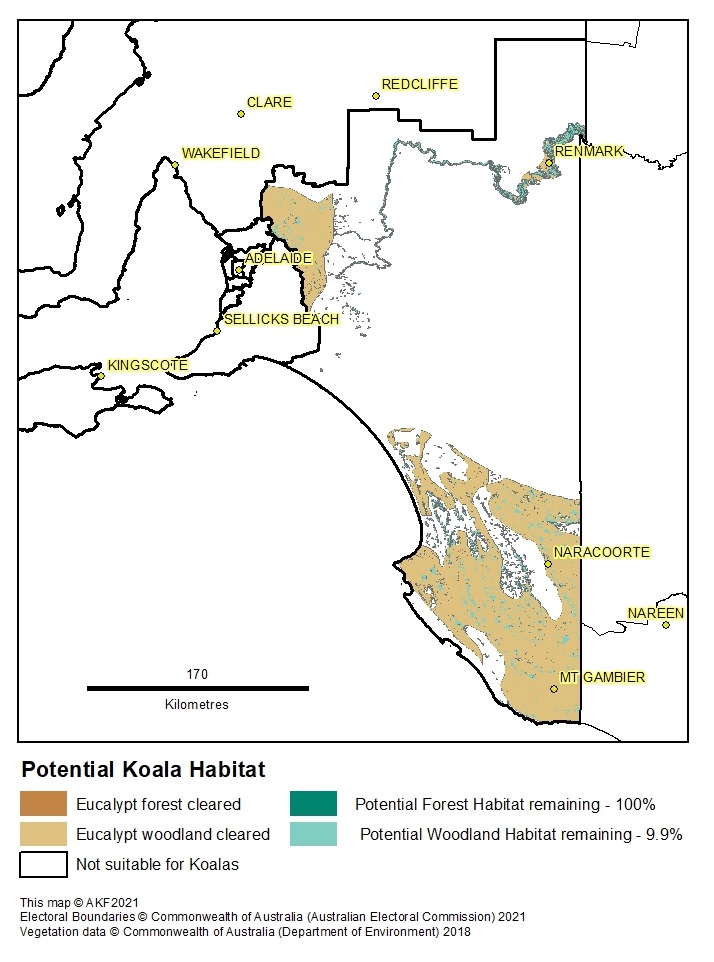