Message to the World

As the COP26 Summit draws to a close, the Australian Koala Foundation (AKF) has issued a message for all global citizens that the Australian Goverment is not telling the whole truth about land clearing in Australia; one of the key issues that affects our carbon emissions.

After reluctantly agreeing to attend the Summit in Glasgow, Prime Minister Morrison was left with little choice but to join the 100+ world leaders who pledged to end and reverse deforestation by 2030. On face value, this would appear to be an incredible step forward – but, AKF has warned that this pledge is nothing more than ‘smoke and mirrors’ disguising a barrage of bulldozers.

Our Governments data on deforestation is notoriously dodgy – understated, inaccurate and swayed to make land clearing look like a non-issue.

Australia is releasing far more emissions from deforestation than reported to the United Nations. 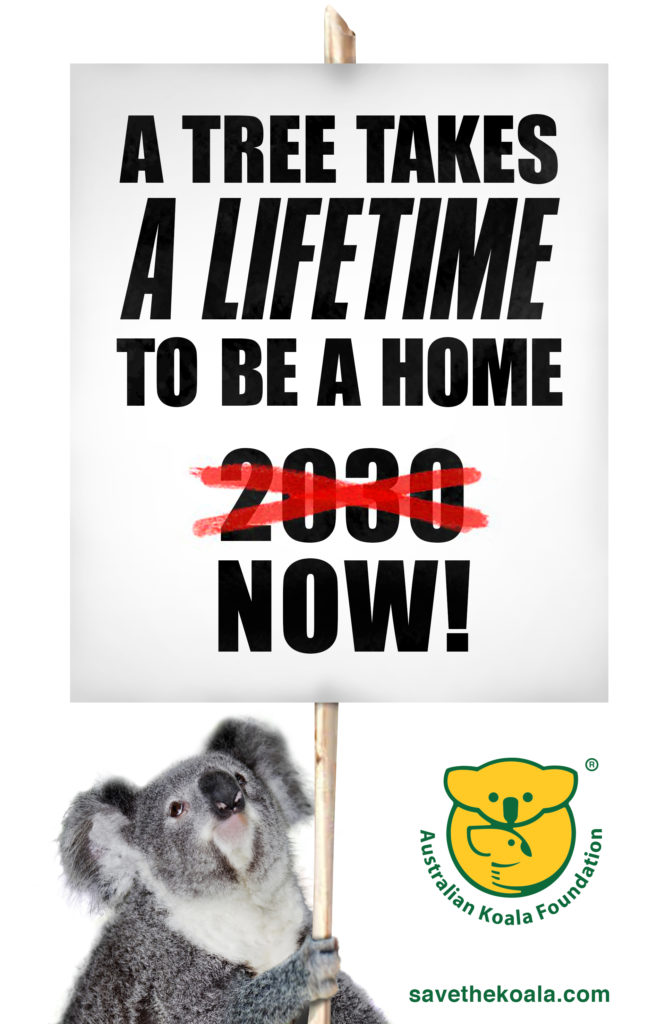 I have been watching this smoke and mirrors approach when I first saw the National Carbon Accounting Scheme mentioned when it stopped the Koala being listed under the EPBC Act in 2006. That Minister for the Environment argued that there were more forests then than there had been in 1980. I remember thinking ‘what the heck is going on and here?’ Now 15 years later and the same old game is going on still. Suggesting that a two metre high tree is a forest or of any use for a healthy Koala population is just nonsense.

The COP26 deforestation pledge by Australia is yet another addition to the Government’s game of cat and mouse. Laden with loopholes and lacking any legal basis whatsoever, this is nothing but a token gesture to distract us from the barrage of bulldozers that will continue to roll out towards 2030. That is why we need a Koala Protection Act and now.

Over the years, Ministers have written to me and justified their inaction to protect the Koala, on the basis of a ‘lack of evidence’, whilst assuring me that although they know it will be ‘dissappointing’ news to me, they still said no to a listing. It took 6 more years to get the Koala listed as Vulnerable under federal laws in 2012 and not in Victoria or South Australia. The Koala is in trouble now and needs protection right now.

Australia is not the third world and we, theoretically have the right governance to achieve this pledge but do we? When I was in Copenhagen I remember one session where it argued that unless you have true governance and enforcement of those laws that any pledge will just not work unless governance is front and centre. Let us hope the Prime Minister does mean what he says and I call on him to enact the Koala Protection Act in 2022 – that will prove he means business in this space. That will give him the governance both the United Nations need and more importantly what the Koala needs right NOW.

Please have a look at our Carbon Capacity of Koala Forests page.

Strategy to Save the Koala

Hello Koala lovers, Well, goodness what a response the Australian Koala Foundation has had to the Koala Kiss Project. So many fabulous emails and letters from people who truly think, like I do, tha...