Letter to the Minister

Friday 30th July was the closing date for submissions about upgrading the Koala from Vulnerable to Endangered in New South Wales, Queensland and the Act under Federal laws. I have written to Minister Ley to state that an upgrade of the listing of the Koala in these States and the ACT is not sufficient to protect the Koala Australia-wide. Unless the Koala is also listed in Victoria and South Australia, all Australian Koalas are not going to be protected as the public would wish them to be. It is a very firm letter to her, because as many of you know after reading my Diary for years that I think that another round of submissions will probably be ignored like the Samuel Review has been ignored 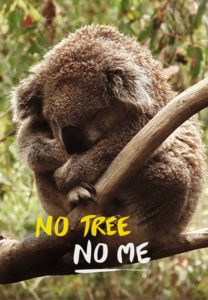 The Government has everything it needs to upgrade anything, but what is not happening is protection of the habitat. In 2006 the AKF nominated the Koala as Vulnerable. Since then the AKF has endlessly sent documents, maps, and science to support the Koala and there is not a person on this planet that does not know the Koala is in trouble, not to mention millions of other species that reside in the Koala forests of Australia (20% of the Australian continent).

I made it clear to the Minister that I particularly want to ask her the question about whether upgrading from Vulnerable to Endangered really has any resonance for the species? My legal advice is that the only difference from this Endangered listing from a Vulnerable listing is the fact that the proponent (industry) will have to advertise their referral, instead of us the public, having to trawl through the Department’s website looking for referrals (which we do by the way).

What the AKF knows all too well is that any legislation that purports to protect the Koala has to be proactive in protecting the Koala’s habitat e.g. to stop land clearing. It has been our experience that the weakness in the EPBC Act is that land clearing does not actually trigger that Act, it can only be triggered by the Minister and it has been my experience over many Environment Ministers (listed in my recent book, the Koala Manifesto) that this has happened on rare occasions, if ever.

Bring on the Koala Protection Act.

Save the Koala Month is coming

Submissions on the eligibility of the Koala to be listed as endangered is due by July 30th. Submissions are made here...