Koala Stories: a book of contrasts. Review by Elaine Harris

When I arrived in Australia as a migrant bride, I was hungry for information about native wildlife. Having fallen in love with the call of the bellbirds a year earlier while on holiday, not to mention cuddling a baby wombat at a Phillip Island sanctuary, I wanted to know more.

I read all I could find, watched every possible wildlife programme and visited numerous sanctuaries, reserves and zoo education centres asking questions along the way. Not once, during the entire period of investigation, were the words “Endangered”, “Threatened” or “Extinct” ever uttered.

“Koala Stories” is the first book by Deborah Tabart OAM, aka Koala Woman. The illustrations by award-winning wildlife photographic artist Suzi Eszterhas are works of art in their own right, underlining and emphasising everything Deborah has to say.

Koalas are Deborah’s passion and, as Chief Executive Officer of the Australian Koala foundation, she has devoted her life’s work to their rescue, protection and wellbeing since 1988. Interestingly, she hails from Tasmania where there are no native koalas but recently compared their plight to that of the beleaguered Tasmanian devil, threatened by disease and habitat destruction.

At first glance, this book appeals to the “AHH!” factor: “They don’t come any more cute and cuddly than this!” No more they do but there is a deeply serious message coupled with shocking statistics contrasting with the appealing photography and snippets of koala biology.

Koalas are unique to Australia. Unfortunately, this cannot be said to be to their advantage since as a nation we hold the world’s worst record for driving species of native flora and fauna to extinction. Before white settlement in 1788, more than ten million koalas roamed this country. Only somewhere between fifty thousand and ninety thousand remain today and the numbers continue to decline.

The reasons are many and varied: an aggressive fur trade, drought, habitat destruction, wild and domestic dogs and the mistaken belief that moving koalas to new habitats with fewer predators and less development will automatically save them. It doesn’t.

This book both depresses and inspires. It pulls no punches when telling us how badly we continue to treat our wildlife while exploiting it shamelessly to boost tourism – an industry worth $3 billion annually. In the next breath you are uplifted by the gentle anecdotes and revealing facts describing koala family structures, maternal care, adoption and protective aunts.

The colonies are hierarchical, complete with alpha male and harem, rivalry and the fight for survival. Eucalyptus leaves are low in nutritional value so finding, eating and digesting enough of them to stay alive becomes their life’s work, particularly when so few of the seven hundred eucalypt species are suited to their exacting dietary requirements.

If, like me, you have been privileged to hold a koala in a wildlife sanctuary, you will be aware that claws and teeth are sharp by necessity and that the coats exude a glorious scent derived from their exclusive diet. What I didn’t know at the time, though, was that the eucalyptus oils serve as a natural insect repellent; in other words, they need the leaves to keep them healthy on the outside as well as replete within.

So why publish a book of this kind?

The reasons are at least threefold and reflect the aims of the Australian Koala Foundation:

I was both moved and shocked, educated and inspired by this innocent-looking little volume and hope it goes a long way towards fulfilling those aims. 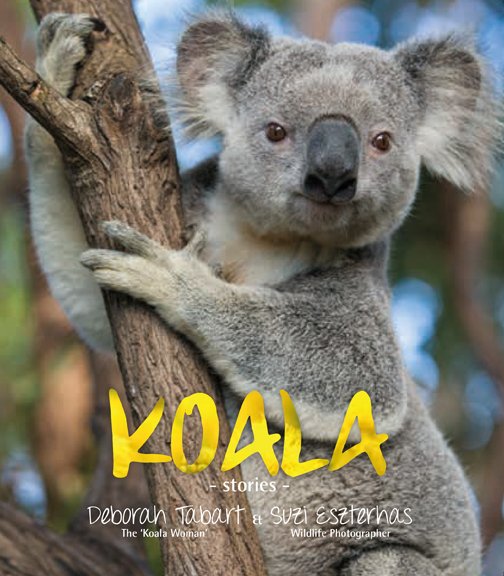 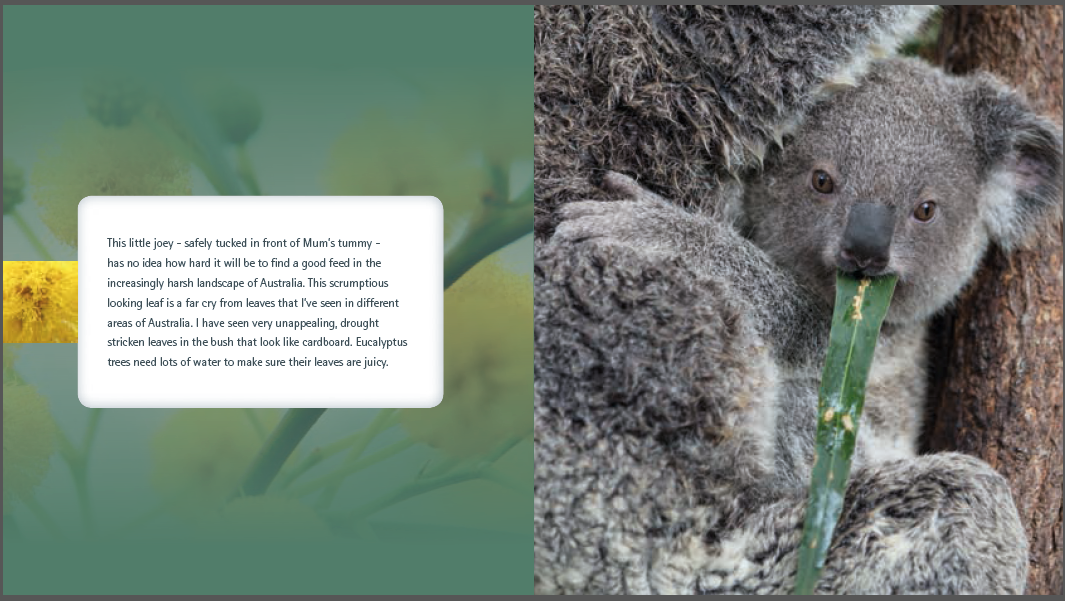 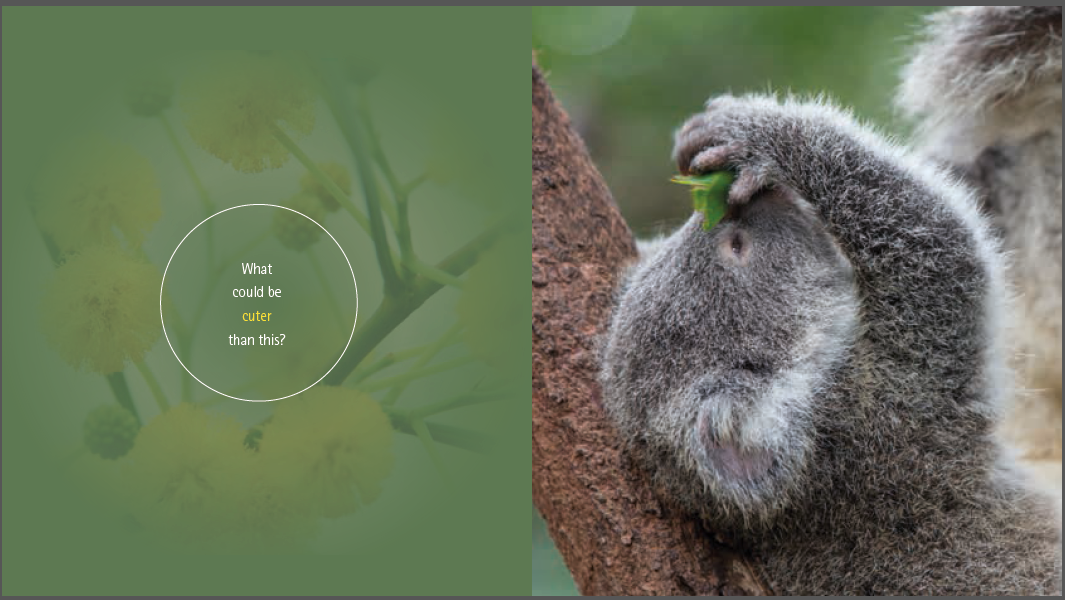 Koala missed out on federal protection by 1%; AKF calls for government intervention on “missing science”

The Federal Government had no credible science to support a sudden increase in their Victorian Koala population estimate in 2011, while considering whether to protect the species nation-wide. To be...

400 Koalas to be translocated from Otways to Lorne

This week it was announced by DELWP (that is the Victorian Government) that up to 600 Koalas would be translocated from Cape Otway to Lorne, after a trial was successfully run last month. Read more he...