Is it too late for Noosa’s Koalas?

Last week AKF staff visited Noosa National Park where we were lucky enough to see a young Koala in a tree in the car park, apparently one of only a few left in the area. There were many surfers fascinated by that Koala instead of the huge waves they had come to ride.

Noosa is a very popular tourist town in south east Queensland and has also been the focus of many housing developments over the last 20 years.  It is a little piece of paradise.  The Noosa Koala Habitat Atlas (KHA) was the first map I ever did for the AKF, back in 1996. It was handed over to the Mayor with great fanfare in the hope that the KHA would be used as an effective planning tool for the protection of Koalas in the Noosa Council area. This map, the first of its kind, apparently disappeared, and as far as we know was never used by Noosa Council for any Koala-friendly planning.
When one compares the 1996 KHA with one prepared in 2010, the differences in the maps are striking. There is an obvious loss of habitat stretching almost from the coast westwards to other areas in the Noosa Hinterland. By one measure habitat fragmentation has increased by 40%, patch numbers have increased but their average size is much smaller.   Fragmentation can be the death knell for Koalas.

This phenomenal decrease in habitat and increase in fragmentation mean that Koalas spend more time on the ground travelling between smaller and smaller patches. On the ground where they are exposed to car injuries and dog attack.
Isn’t it ironic that in 1996 Noosa Council had all the information they needed to protect Koalas – a key drawcard for millions of tourists. Now the Noosa Koala may well be on the road to functional extinction. Nonsense. 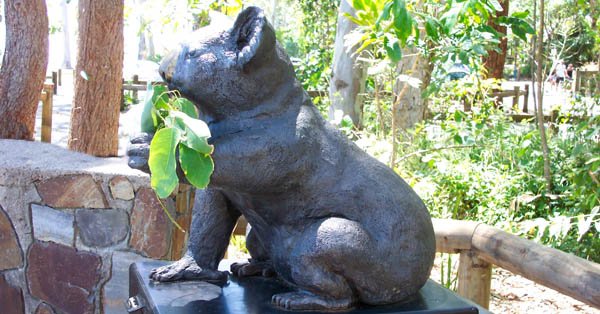 Deborah was featured in a segment on Gardening Australia last weekend! The video can be viewed here: https://www.abc.net.au/gardening/factsheets/all-creatures-great-and-small/9440850   &...

Save the Koala Month is quickly approaching. Get ready for this September! Look at these sweet photos of Chester the Koala - he's our poster boy for 2017....