A Moratorium on logging Koala forests

Today, I have called for a moratorium on logging in primary habitats of Australia because I am confident that if this logging continues, some of the most precious Koalas living in reasonable habitats will be under immense risk for long term survival. Please take the time to read our press release.

I have asked the new Environment Minister, well not so new now, to use her ministerial powers to intervene and protect Koala habitat under the EPBC Act. Theoretically she does have that power in many cases, but what I have highlighted in my letter to her is that the Minister does not actually have the power to protect some of these landscapes when a document called the Regional Forest Agreements (RFAs) are in place.

I have asked her to please explain to us and you, why that is so. Even the Koala Protection Act would, it appears have trouble over-riding them, such is their legal power. You have to wonder who authorised that power and when? 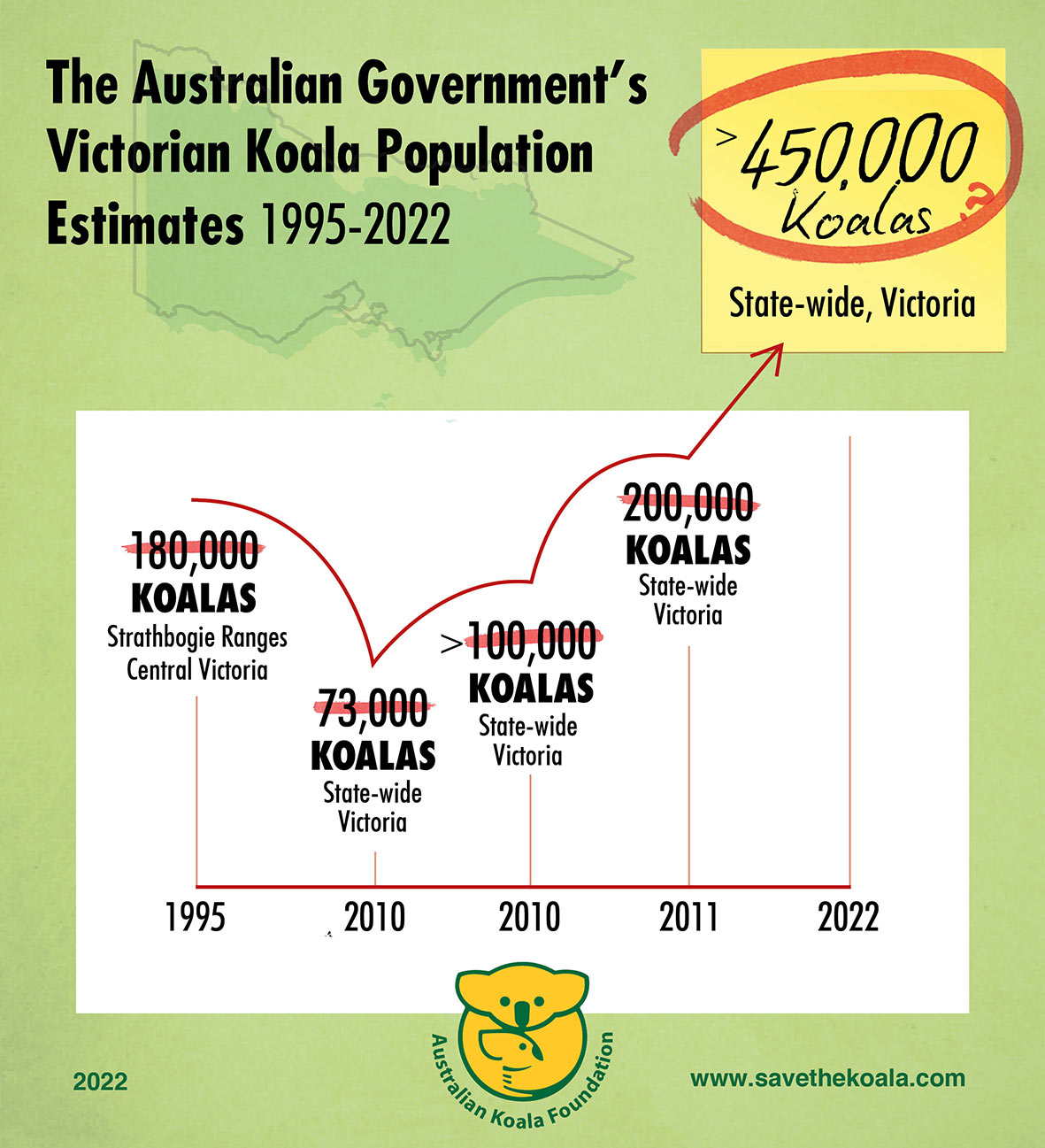 I have also pointed out that the Endangered listing, does not protect Koalas in South Australia and Victoria which I think everyone seems to forget. So, any logging in Victoria has no Koala protection.

We have produced a graphic to explain that those States missed out on the Vulnerable and now Endangered listing because of unrealistic Koala numbers being plucked out of the air way back in 2011 and then again in 2022.

I have written to her and I do not make my letters public. It is a matter of protocol, but I can assure you that I have been very firm and reflected your comments about the Threatened Species Commissioners response to our former letter.

It is time the Australian Government really showed us, the people, particularly on Save the Koala Day, that these threats are actually not under her control such is the flawed nature of the EPBC Act and the RFAs. It makes me so sad when I see time after time on Twitter and in the media when people in both NSW and Victoria are pleading with the Minister to halt or not approve logging in what remains beautiful habitats.

Time for her to fess up. And remember a lot of the time we have to thank those marvellous people who either sit in trees, lock on to bulldozers or put themselves in personal harm to protect Australia’s biodiversity.

I note too, that in some states of Australia they are looking to be more harsh on demonstrators. Imagine if people had not demonstrated at the Gordon River in Tasmania to protect that now World Heritage forest?

I believe that demonstrating to protect what we love is a basic human right and in the Koala Manifesto I showed a young woman sitting in a tree dressed as an angel. I wish it was me.

Hello Koala Lovers, It seems incredible to me that it is now 13 years since I attend COP 15 in Copenhagen where climate change was discussed and that the global temperature had to be kept below a 1...

Bulldozers continue to work in our forests

Hello Koala Lovers, It is half-way through Save the Koala Month and our team are busy working on fun things  and we are also looking at the bigger picture as always. I was grateful for all your...