Taxonomic classification, or taxonomy, is used to help identify all living things (animals, plants and other organisms on earth) and to group them with related species.

Most of these groups, and the organisms grouped in them, have scientific names in Latin or Greek. The names may have meanings which relate to certain features shared by the organisms in that group, or they sometimes reflect the names of people, such as early naturalists and explorers. 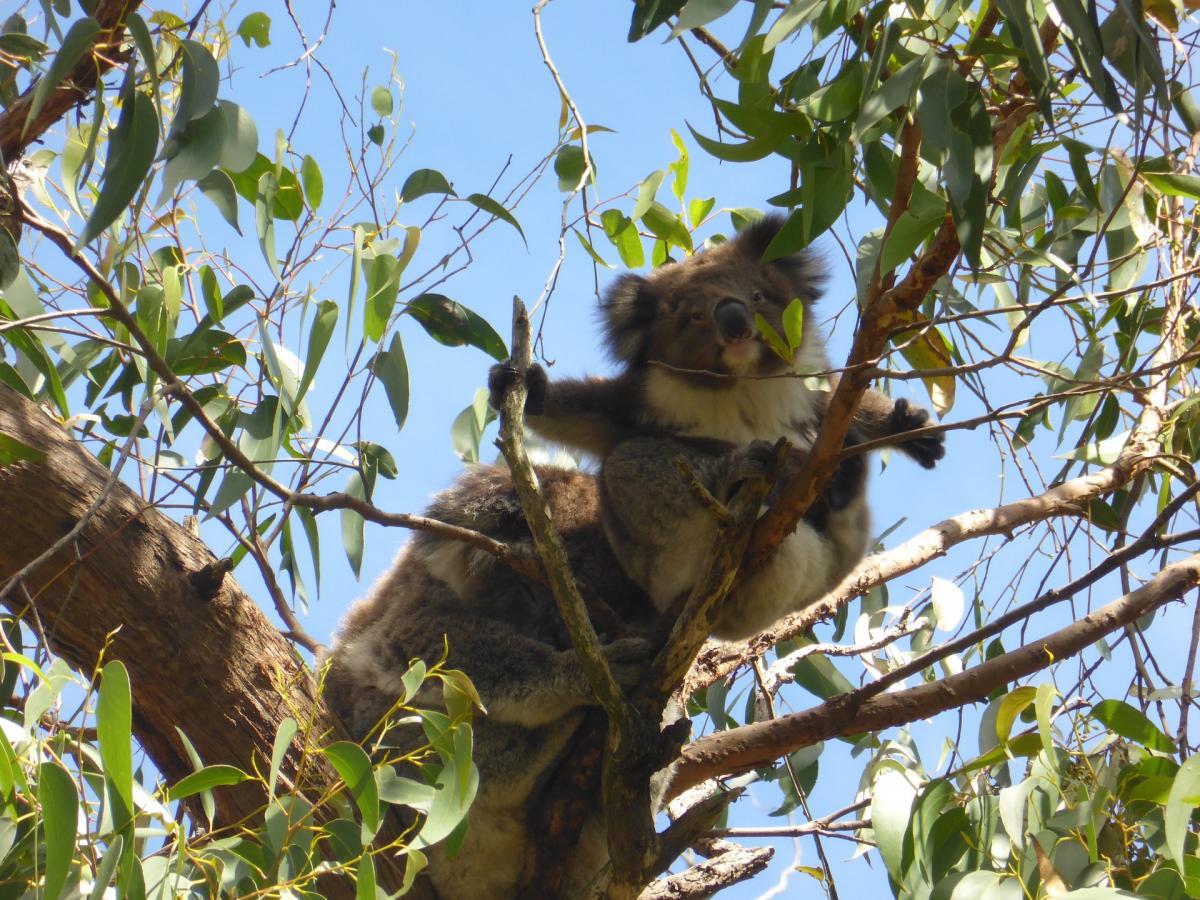 The organisms in each group all share some features in common with the other organisms in that group. For instance, if we see that an animal is classified in the sub-class Marsupialia, we would know that it is a marsupial, and therefore a mammal which gives birth to very tiny young which attach to one of the mother’s teats and develop generally in the safety of a pouch.

All living things are divided into seven main groups, called Kingdoms. Each of the seven Kingdoms is then divided into several smaller groups called Phyla (the plural of Phylum) then those groups are divided into even smaller ones again, and so on, each with less species. This means that as you get further down the chain of groups, there are more groups but less organisms in each group.

All the animal species on earth are classified in the Kingdom Animalia.

Taxonomic classification of these three sub-species is based on differing physical characteristics. The main differences are that Koalas in the south are quite a bit larger than those in the north and they also have thicker, fluffier, often darker and sometimes brownish fur. They have most likely evolved or adapted in this way because the winters in the south are colder than in the north. The Koalas in between fall somewhere in between these two different sets of characteristics. The distribution of the three sub-species has not yet been defined but has been delineated by the state boundaries.

More DNA research is showing that there are no clear boundaries for what, until now, have been considered to be different sub-species, but that there is a continuum from north to south. The most important thing is that Koalas across Australia need to be managed differently, according to their differing location needs. 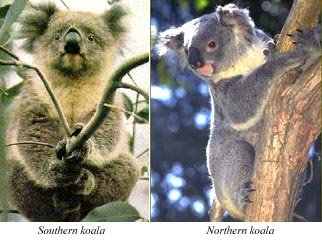 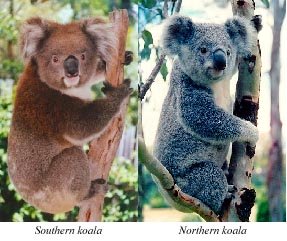 The meaning of the scientific name for the Koala: Phascolarctos cinereus.

We know that Koalas are not bears, but when the Koala was given its scientific name (around the time of European settlement over 200 years ago) few people except Indigenous Australians had ever seen a pouched animal–or marsupial. The scientists who gave the Koala the scientific name we know it by today were from Europe and the closest mammals they could relate the Koala to at that time were bears.

Marsupials are also known as metatherian mammals, and are one of three classifications of mammals. The others are the monotremes (the native Australian platypus and echidna are the only members of this group) and the eutherian, or placental, mammals to which all other mammals belong.

The most widely known characteristics of marsupials which differentiate them from other mammals is that after a very short gestation period, they give birth to immature young which then develop further in the protection of the mother’s pouch. Some species have protective folds of skin which may be permanent, or may only develop at the onset of reproduction instead.

There are just over 270 species of marsupials. About 72 of these are found in Central and South America, one–the opossum–in North America, and a few in Papua New Guinea. Around 200 marsupial species are found in Australia, which is the largest number by far. Australian marsupials include wallabies, kangaroos (including tree kangaroos), possums, Tasmanian devils, bilbies, quolls, numbats, phascogales, quokkas and many others, including the extinct Tasmanian tiger (thylacine). The closest relative to the Koala is the wombat.